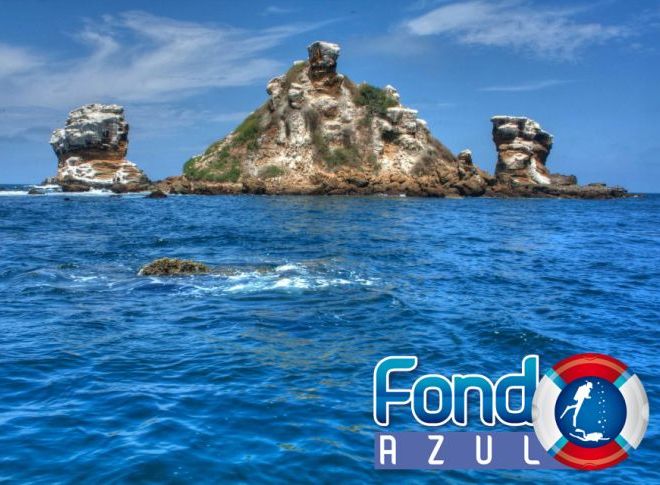 What animals will you see at los Ahorcados? This used to be a big island on which native Indians and rebels were tortured and murdered; it was also a place where pirates and thieves hide away from the attacks of the Spanish artillery. Because of these attacks two small islands were formed from the bigger island that it used to be. With an expert guide fron Fondo Azul you can completely surround the islets, where there are a lot of algae, sea fan, corals, reef fish, and sea birds. During June to October you will be able to see whales and dolphins.